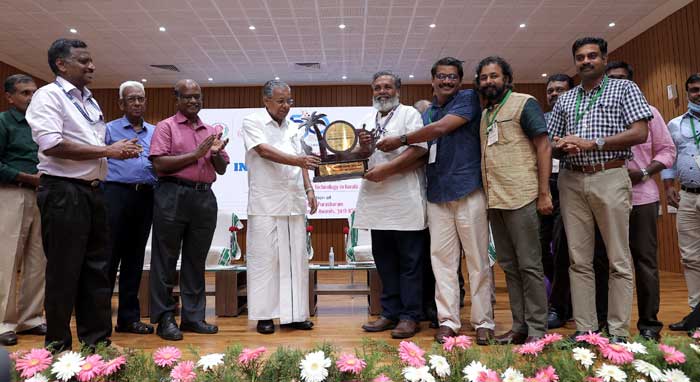 Kerala Forest Research Institute (KSCSTE - KFRI) won the Best Performing Institute Awards during the "50 Years Golden Jubilee Celebration of Science & Technology in Kerala" held on 29-05-2022.
In order to commemorate the 50th Anniversary of the formation of the State Committee on Science and Technology, KSCSTE is organising a series of events and activities across the State to bring out Science and technology promotion activities carried out by STEC, KSCSTE and R&D Institutions under its ambit. Chief Minister Shri. Pinarayi Vijayan presented the Award to a Team of Scientists from KFRI.